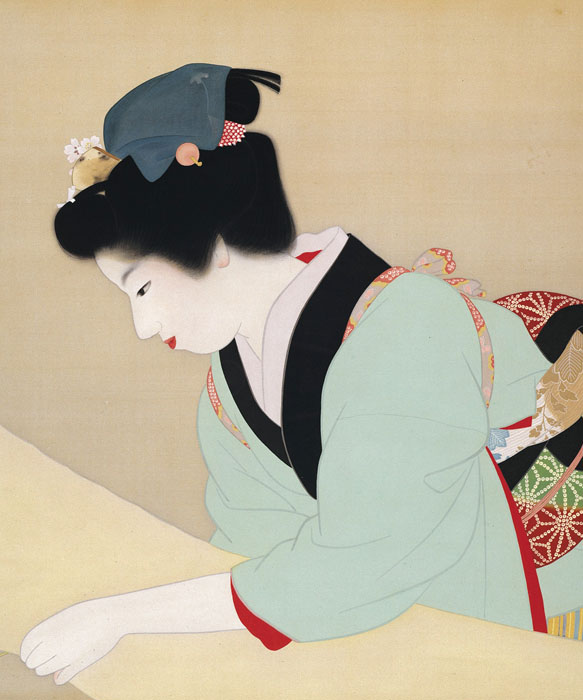 Kyoto – The Capital of Japanese-style Painting

Kyoto – the capital of Japanese-style painting – also became the capital of applied fine arts in the Meiji period, and was a true metropolis of the arts. And, even today, the city overflows with artworks – I hope visitors take the time to view them.

Nihonga, or Japanese-style painting, depicted on washi paper or silk canvases in natural mineral pigments dissolved in niwaka glue, is a term introduced into the Japanese language from the Meiji period onward, in order to distinguish this artform from Western painting (oils). Japanese art developed alongside Buddhism, moving away from the influence of Chinese painting in the Heian period to become Japonized in a period known as Yamato-e, or traditional Japanese painting. By the time of the Azuchi-Momoyama period, painting moved into an era of gorgeous works using gold foil-pressed paper (kinpeki-shoheki-ga), used actively by the Kano school; meanwhile, other great artists, such as Hasegawa Tohaku and Kaiho Yusho, also emerged in this period.
Moving into the Edo period, the Rinpa school gained popularity, with attention being paid to unique painters, such as Ikeno Taiga, Ito Jakuchu and Soga Shohaku. Also, Maruyama Okyo, who fused pictures drawn from life with decorative painting, formed the Maruyama school that focused on this new painting method, making him and his school popular with the masses. Meanwhile, artists like Goshun and Matsumura Keibun formed the Shijo school, which added the Nanga (Southern school of Chinese painting) to the Maruyama school's style of painting, becoming the prominent school within the art world of Kyoto Gadan. And, the decorations on many of the Gion-matsuri floats are based on designs made by Goshun and Keibun. Even with the coming of the Meiji period, Kyoto continued to produce talented Japanese-style painters. And, in 1880, the Kyoto prefectural painting school (now the Kyoto City University of Arts), the first of its kind in Japan, was founded. This school nurtured the young painters who went on to make up the membership of Kyoto Gadan, a painting school that produced many modern Japanese paintings of Kyoto back then by members, including Takeuchi Seiho and Uemura Shoen. Hence, such paintings offer another perspective of Kyoto to the visitor.