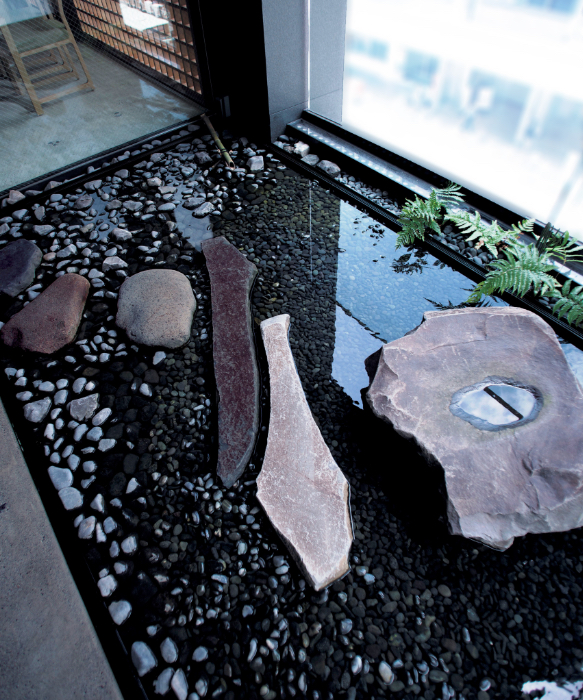 “The Ways” Developed in Kyoto

Majorly shaped by Sen-no-Rikyu, the tea ceremony, featuring tea gardens, sukiya-zukuri architecture, tea bowls and other refinements, is the crucible in which all Japanese cultures are condensed, and in imbibing the way of tea, we hope to retain the spirit of our ancestors.

Kyoto has a culture that can be enjoyed in special spaces in everyday life. And, amidst the many “ways” revealed in our culture, I would like to talk about three of them.
Kodo is the way that involves the ceremony for enjoying the fragrances of natural aromatic trees of Southeast Asia, which entered Japan along with Buddhism in the Asuka period (550-710). By the Heian period, the use of fragrant wood mixtures was popular in the Imperial Court, becoming an essential part of culture and the arts in the daily lives of the nobility, and going on to become a performing art in the middle part (Higashiyama era) of the Muromachi period, and spreading to the general public by the Edo period. Not only were aromas enjoyed, aroma games based on classical times were devised for enjoyment, including “Kumiko” and “Monko”.
The “way of tea” took hold as a custom when the Zen monk Eisai wrote the tea book “Kissayojoki” in 1214. By the end of the Kamakura period, a tea-tasting game was popular, with production area and type of tea having to be guessed. Chinese tea vessels were highly regarded in the many tea ceremonies held back then. Ashikaga Yoshimasa’s tea master, Shuko, forbade gambling, food and alcohol at tea ceremonies, encouraging the host and guests to focus on spiritual relationships. Later, Sen-no-Rikyu was to sharply reduce excesses in the tea ceremony, paving the way for the popularity of “wabi-cha”, leading to concepts such as “wabi-sabi” (seeing the beauty in something simple and artless), “ichigo-ichie” (once-in-a-lifetime encounters that should be cherished) and the mindset of caring for guests in “motenasu”, which spread beyond tea, crossing over into other cultural pursuits. And those concepts are still treasured today.
Theory has it that the way of flower arranging started out as floral tributes to Buddhist statues. And, the ethos of today's ikebana was established by the monk Senkei Ikenobo at Rokkaku-do Hall (Choho-ji Temple) back in the Muromachi period. Ikenobo was invited by samurai households to arrange flowers at gatherings, with many of Kyoto's cultural elite vying to see his flower arranging. This helped transform the art from being a tribute to Buddha to a form of arrangement for appreciation. Furthermore, vases became more diverse, moving from Chinese to Japanese ones. And, by the Edo period, in Kyoto, marked by the splendour of the seasons, flower arranging became an etiquette enjoyed by the public as well as the aristocracy. Now, today, even more artistic arrangements can be seen thanks to the broadening use of other materials, such as Western flowers.